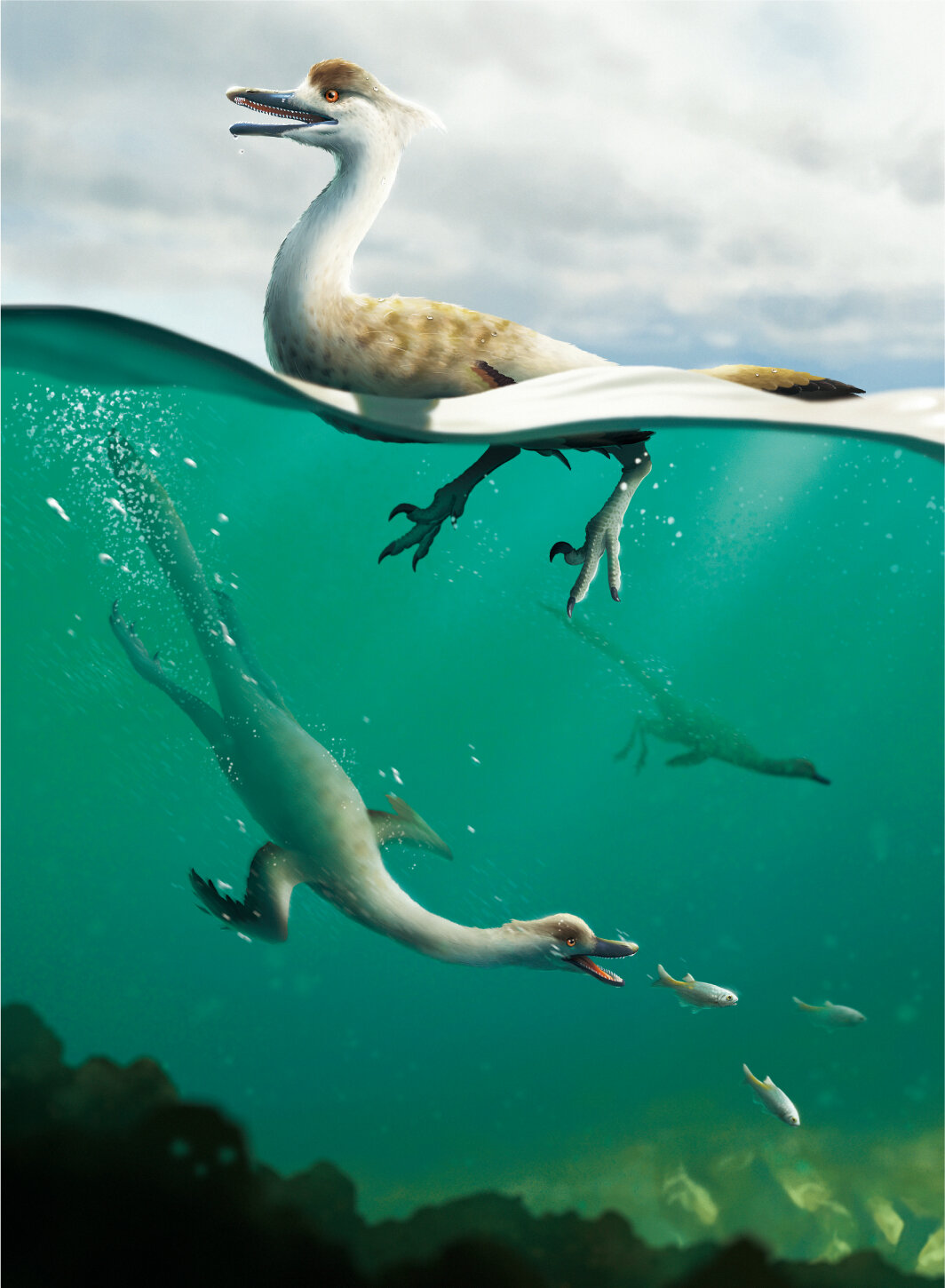 A team of researchers from Seoul National University, the University of Alberta and the Mongolian Academy of Sciences has identified the first known example of a streamlined, non-avian theropod dinosaur to walk on two legs. In their paper published in Communications Biology, the group describes where the fossil was found, its condition, and its features that were used to help identify it as a new dinosaur species.

The dinosaur was excavated at the Hermiin Tsav fossil formation in Mongolia back in 2008 as part of the Korean-Mongolian International Dinosaur Expedition. Since that time, it has been in storage with hundreds of other fossils awaiting study by experts.

In their study of the fossil, the researchers found it to be well-preserved and nearly complete—it had most of its two hindlimbs, one of its forelimbs, most of its skull and most of its spinal column. It also had a mouthful of teeth. The researchers noted that the skeleton was similar in shape to many modern water birds, sleek and trim, suggesting it lived on or near the water and survived by fishing offshore.

Their findings suggest the dinosaur belonged to the therapod family and had not been identified before; thus, it represented a newly discovered species. They named it Natovenator polydontus, which roughly translates to “hunter that swims and has a lot of teeth.” They suggest it also most closely resembled Halszkaraptor, another non-avian dinosaur that also lived in what is now Mongolia.

The dinosaur was found in a rock formation dating from the Upper Cretaceous, which places it to roughly 100 million to 66 million years ago. The researchers suggest it was adapted to a semiaquatic lifestyle that was similar to modern water birds, though its large number of teeth suggest it had a more varied diet.

Barrett Strong, Motown hitmaker and co-writer of I Heard It Through The Grapevine, dead at 81