If you’ve been priced out of Toronto’s real estate market, Alberta hopes its latest ploy will have you looking west to achieve your white-picket-fence dreams.

In a move to lure fed-up prospective home buyers, the province has unveiled the second phase of its campaign dubbed “Alberta is Calling.”

“We’ve got Canada’s lowest taxes and the lowest cost of living, plus the highest wages and incomes and lots of big opportunity,” Alberta Premier Jason Kenney said in a video on Twitter.

The campaign touts slightly higher weekly earnings in Alberta over those in Ontario, averaging $1,245 to $1,186, respectively.

While the average income is comparable, there’s a significant difference when it comes to real estate. According to Kenney, the average cost for a detached home is $490,000 in Edmonton and $700,000 in Calgary — in Toronto it’s $1.4 million.

Figures like those are what enticed Yash Chauhan to uproot his life in Toronto.

“I moved to Canada three years ago, and given the extremely high rents in Toronto and then how real estate prices moved up during the pandemic — obviously everyone wants to own a house — Calgary seemed like a good idea,” he told CBC Toronto.

In February, after pre-purchasing a home in Calgary, Chauhan packed up his Toronto apartment, put all his belongings into his car, and drove west.

“Initially I moved here as an experiment,” he said. “It was an impulse move.”

But after just a few days, Chauhan said he knew he wanted to stay.

In return for the “many cost-of-living, career and lifestyle advantages of life in Alberta,” the province hopes people like Chauhan will fill some of its 100,000 job vacancies — a shortage it says is restricting 78 per cent of Alberta businesses from meeting demand.

Despite that shortage, the province says it has still seen the largest employment growth in the country so far in 2022. Between December 2021 and August 2022, employment in Alberta increased by 61,700 compared with an increase of 28,600 in Ontario, despite it having a larger population.

But some experts say finding work in lesser populated cities like Calgary and Edmonton isn’t so simple.

“Some of the other factors that are much bigger than the housing costs are job opportunities,” said Rotman School of Management professor emeritus Anil Verma.

Verma argues that Alberta’s economy — and therefore job opportunities — is largely restricted to oil, gas and other extractive industries like mining.

“Ontario has much of the same but it’s much more broad in scope,” she said.

“So for dual career couples or families, there’s a greater chance you’d find something in the GTA than in Alberta.”

As for Chauhan, his move out west has worked out so far.

“It’s just easier here because I’m paying the same amount — my mortgage is basically the same as my rent in Toronto,” he said.

“So I’m building equity, I’m not just paying all that money in rent.”

“When I get out of my home … I can see the mountains in two minutes,” he said.

“What I imagined — it turned out to be way more beautiful than that.” 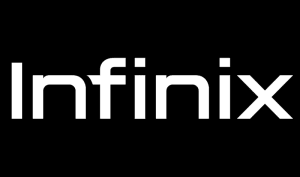 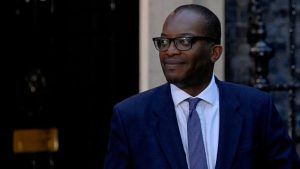