Cathy Scott and her husband Ian Scott of Truro, N.S., have owned a cottage in the small seaside community of Marshville for 29 years. It’s where their children and grandchildren spent many happy summers.

On Sunday, the couple discovered their cottage had been uprooted and swept to the road by post-tropical storm Fiona as it moved over northeastern Nova Scotia.

Everything inside the home was wet and the couple doesn’t think their insurance policy will cover damages from storm surges.

“We don’t know what we’re going to do now,” Cathy said.

The Scotts aren’t the only ones facing significant property damage on Nova Scotia’s North Shore, which faces P.E.I. across the Northumberland Strait.

When Lois Parker woke up Saturday morning in her Marshville cottage, she saw a lawn mower, debris and a floating wharf deposited in front of her home by Fiona.

Parker has owned her cottage for almost 50 years and has been living there permanently for the last seven years.

“Some people saw whole cottages washed out, washed away,” she said.

Parker said she doesn’t expect electricity to return for two to three weeks. She said the people had already filled up their bathtubs and washing machines with water in anticipation of the storm. Now they also need to buy water, since many residents rely on electric pumps to get water from wells to their homes.

Gabriel Comeau said he lived in his cottage for 15 years and had never seen such high storm surge.

He said it was pitch dark Friday night and he was unable to sleep because of all the noise outside. In the morning, he saw the storm had pushed two of his neighbours’ cottages in front of his.

“It was the scariest night I ever had,” said Comeau.

“Mother Nature is a mighty force. We shouldn’t be messing with her.” 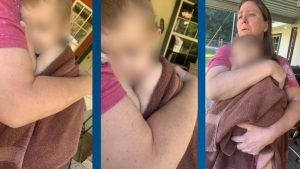 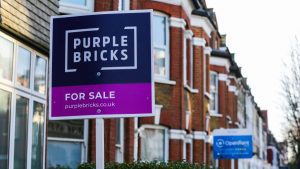