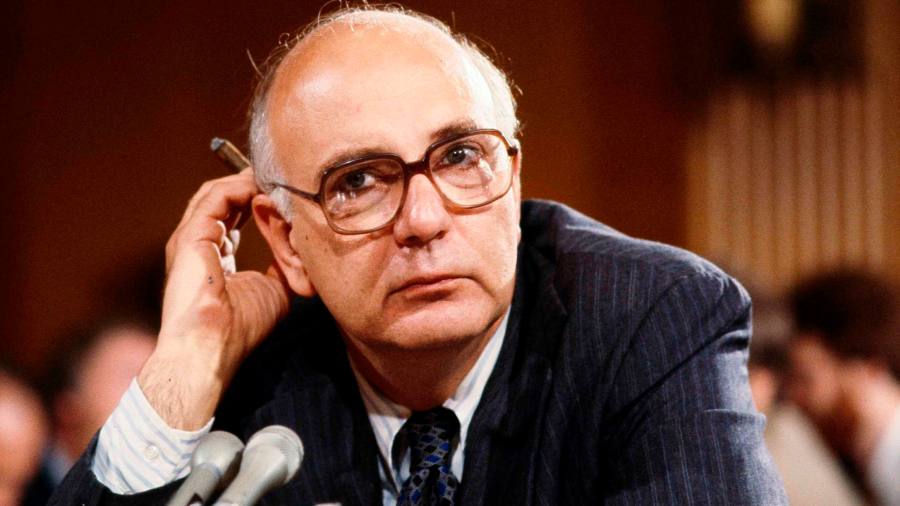 The writer is editor-in-chief of Money Week

It is hard not to feel sorry for Arthur Burns, chair of the US Federal Reserve, when you look back at the unpleasant inflationary years of the 1970s. He clearly felt his failure deeply (and it was a failure — inflation ran at an average of 6.5 per cent a year during his tenure) if the title of a lecture he gave in 1979 in Belgrade is anything to go by. He called it “The Anguish of Central Banking”. It is useful reading today for any investor wondering where to put their money in an era in which inflation is climbing again.

The problem, Burns said, was that the Fed had “in the abstract” the power to “have restricted money supply and created sufficient strains in financial and industrial markets to terminate inflation with little delay”.

That it did not was a function of two things. First, politics. The Fed was “caught up in the philosophic and political currents that were transforming American life and culture” — in particular, the idea that “provision for bad times” was no longer a private but a public responsibility. Add the consequent bias to deficit spending to the rise in regulation across the economy and the high taxes that discouraged business investment and the result was inevitable: an automatic “inflationary twist”.

Second, monetary policy is very tricky. Contrary to the belief of most central bankers, there is no definitive model that works: “monetary theory . . . does not provide central bankers with decision rules that are at once firm and dependable”, as Burns put it. We might know that “excessive creation of money” will cause inflation, for example, but this knowledge “stops short of mathematical precision”. The result? Surprises and mistakes at “every stage of the process of making monetary policy”.

In the audience in Belgrade sat Paul Volcker, the new Fed chair, and the man now known for doing exactly what Burns felt he could only do in abstract: slaying inflation. By mid 1981 monetary policy’s hard man had interest rates up to near 20 per cent and inflation on the run. By the time he left in 1987 it was knocking around 3.5 per cent.

A few years later Volcker gave a talk titled “The Triumph of Central Banking?” No wonder today’s central bankers all want history to remember them as a Volcker not a Burns. But note the question mark in his title. A recent paper from the analysts at Ned Davis Research points out that Volcker had the kind of back up from domestic and global politics Burns could barely have dreamt of. Volcker had Ronald Reagan’s supply side revolution.

Reagan slashed regulation and broke the air traffic controllers union in 1981, firing 11,359 air traffic controllers in one go. Volcker saw this as a “watershed” moment in the battle against the wage-price spiral. There was also a sharp rise in low tax-incentivised investment in the US, alongside a very helpful productivity boom. Add to all that the eventual oil price crash of 1986, the dawn of globalisation and the beginning of the computer age, and you get the picture: Volcker got lucky.

This history matters. Look at the environment in which current Fed chair Jay Powell is operating and you might wonder how he can be a Volcker without Volcker’s luck. There seems little chance of a low-tax, low-regulation productivity boom under President Joe Biden. There is no scope for another burst of globalisation and, with the US labour market still very tight, the risk of a (not unjustified) wage price spiral remains very high.

If you are using the 1980s as a reference point for the speed at which inflation can be slain by smart central bankers, you might want to bear the lessons of Volcker and Burns in mind. Central banking success is more a matter of luck than skill.

Outside the US you might also want to keep a close eye on UK prime minister Liz Truss. There is something of the Reaganomics in the tax slashing, regulation ripping, productivity pumping rhetoric her government offers — as Friday’s mini-budget unveiled by chancellor Kwasi Kwarteng demonstrated. The Bank of England may be about to get lucky.

None of this helps us particularly in knowing where inflation will end up: given most forecasts have been wrong so far, we must I am afraid ignore most forecasts. But the fact that we cannot know does help us a little with our investments — in that it should remind us that we must build in some insurance. That is almost impossible to do in the US. The S&P 500 is trading on a forward price-to-earnings ratio of around 17 times — a bit above the historical average at a time when most other things are rather worse than average.

You could argue it is just about fair value if you assume interest rates won’t go beyond 5 per cent and think in terms of earnings yields. But nothing else quite works: the current 7-year forecast from GMO suggests an annual real return for US equities of minus 1 per cent. Anguish indeed.

There is, however, a market where things look rather better. The UK, with the help of Trussonomics, is on a forward P/E of 9 times. Earnings will be downgraded of course, note JPMorgan, who now consider the UK their top developed market pick. But this still represents a significant “valuation cushion.” Investors should use it. Previous post Climate anxiety is affecting more & more people. Here’s how some doctors are trying to treat it 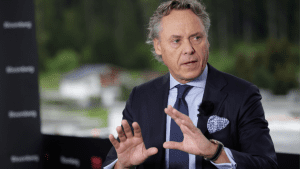 Next post Ralph Hamers, the UBS chief under pressure to deliver as markets turn