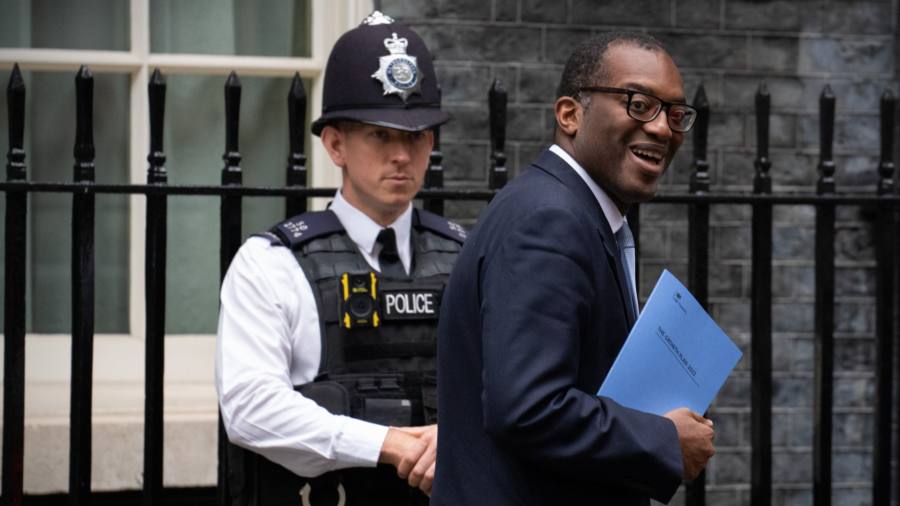 Chancellor Kwasi Kwarteng’s bold decision to scrap the top income tax rate is only the biggest of a string of cuts that will benefit Britons on the highest incomes.

The abolition of the 45 per cent charge on incomes over £150,000 is accompanied by a reduction in the basic rate of income tax and a reversal in the recent rise in national insurance.

Those on salaries of £200,000 will save as much as £4,333 in the next tax year, according to analysis by accounting firm Blick Rothenberg.

This compares with savings of less than £600 for those earning a gross salary of £40,000. Kwarteng described allowing working families to keep more of what they earn as “a key priority to support growth”.

The well-off are also much more likely than those on lower incomes to gain from the chancellor’s other announcements, including cuts to dividend income taxes, a stamp duty reduction and favourable tax changes for investors in early-stage UK-based companies.

From April 2023, the 45 per cent additional rate of tax will be scrapped, leaving all income earned over £50,271 taxed at 40 per cent in England, Wales and Northern Ireland.

In Scotland — where different rates apply — taxpayers earning more than £150,000 will continue to pay tax at 46 per cent on their employment income under the current rules.

In another key income tax change, a 1 percentage point cut to the basic rate of income tax to 19 per cent will be brought forward from 2024 to April 2023. It is worth up to £377 per year.

But there are no changes to tax thresholds, which might have benefited middle-income earners, with the personal income tax threshold left at £12,570.

In a blow to people just outside the top income bracket, those with an adjusted net income of between £100,000 and £125,140 will continue to pay a marginal rate of 60 per cent as the personal allowance is decreased by £1 for every additional £2 earned.

The income tax cuts follow a well-trailed reversal in the national insurance increase announced on Thursday. From November 6, NI paid by both employers and employees will be cut by 1.25 percentage points. The threshold at which employees start paying, increased in July 2022, will remain at £12,570 per year.

Tim Stovold, head of tax at accounting firm Moore Kingston Smith, said the reversal of the NI rise would increase the monthly take-home pay of someone earning a gross annual salary of £200,000 by £195 between October and November this year. The increase for someone earning £40,000 is £28.57.

Plans to introduce a new 1.25 per cent Health and Social Care Levy in the next tax year have been scrapped. According to the Treasury, the higher thresholds and the levy reversal together mean almost 30 million people will be better off by an average of more than £500 in 2023-24.

National insurance rates for the self-employed will drop by 0.52 percentage points in the current tax year rather than the full 1.25 percentage points, resulting in temporary rates of 9.73 per cent and 2.73 per cent, McEleney said. This is because, unlike employees, the self-employed benefit from the cut for the full tax year rather than the final five months.

Dividend taxes will receive some of the largest reductions from next April: the recent 1.25 percentage point rise in dividend taxes will be reversed with the basic rate returning to 7.5 per cent and the higher rate to 32.5 per cent. The additional rate of 39.35 per cent will be scrapped across the UK from April and the tax-free allowance will remain at £2,000.

In a boon to freelancers, Kwarteng announced the government will repeal the controversial reforms of 2017 and 2021 to off-payroll rules, the so-called IR35, from April next year.

This means that workers — and not their employers — will be responsible for determining their employment status and paying the appropriate amount of tax and national insurance.

The current rules have been criticised for encouraging companies to push self-employed workers to be taxed as payroll staff without giving them employment benefits. But their abolition could threaten years of government efforts to reduce tax avoidance.

Julian Sansum, employment tax lead at PwC, said: “In removing the IR35 reforms the chancellor will make conducting business using large numbers of contractors, for example, much simpler. However it will be important to ensure that there isn’t an increase in tax avoidance associated with this change.” 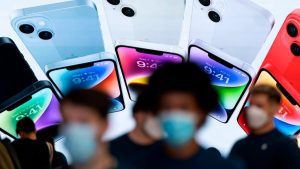