This First Person column is the experience of Jean Collins, a caregiver to her sister Kathy Collins who was diagnosed with early onset Alzheimer’s. For more information about CBC’s First Person stories, please see the FAQ.

On a scorching day in July 2018, my sister and I clung to one another in the parking lot of a clinic in Duncan, B.C. She had been diagnosed with early onset Alzheimer’s disease. She was 56.

The day she was diagnosed brought a huge relief to Kathy. She finally knew what was happening to her. But relief was not how I felt. I was gutted. All of us who love her were.

A diagnosis like Alzheimer’s is the death by a thousand cuts. At first, it was Kathy’s voice calling from another room, “What was I going to get again?” We would laugh as I yelled, “Paper towels!”

Then, it was discovering she could no longer read a face clock. A cut. Then, she couldn’t put away silverware or shower independently. The indignity of incontinence. Another flinch. Another cut.

She began shadowing me. Inches away from my body almost always. Her dependence and focus on me is relentless. Another slice.

Manufacturing surprise and a fresh reaction to a story she’s told me hundreds of times. Holding her in my arms as she sobbed and wailed, “Why is this happening to me?” The times she becomes angry with me over having to wash her favourite clothes, which she wants to wear day in, day out. Or getting into her pyjamas at bedtime.

Since her diagnosis, my laser focus has been on Kathy. Rarely do I cry, except when alone. Locking the bathroom door and turning on the tap when she is home, trying to stop the tears. Deep breaths in. Cold water on face.

The myth of Prometheus comes to mind, hyperbolic as it may be. As a punishment from Zeus, he was chained to a rock and every day an eagle would eat his liver. Overnight it would grow back, and his groundhog day from hell would begin anew.

In 2019, Kathy and I moved in with our elderly parents to support her. At that time, she was in the earlier stage of this great unravel. Bright, funny, beautiful, able to talk about her extraordinary life.

Becoming an ‘Alzheimer’s star’ on TikTok

In April 2020, we downloaded TikTok. We spent hours scrolling through the creative, hilarious, moving posts. As the black cloud of pandemic rolled over the world, bored, scared and in lockdown, we impulsively made a video showing Kathy in her bedroom, talking about the Post-it notes on her walls. They helped her remember things.

Three TikTok posts later, The Kathy Project exploded with views. Almost two-and-a-half years in, our account has reached almost three million eyeballs. We have more than 160,000 followers and we have built a strong, compassionate community. Suddenly Kathy was an Alzheimer’s star and ambassador. I was “Jeannie behind the camera.”

WATCH | Jean Collins filmed a Tiktok reel of her sister Kathy sharing why they moved in with their parents.

Kathy was electrified by this attention. It infused her with a mission to reach others, to tell people, “this isn’t so bad.”

It was all great until it wasn’t. Now her thoughts fly into the sky like a bubble, ever farther away. When she reaches to touch them, they burst.

Within our wonderful TikTok community, people will ask me, “How are YOU doing, Jean?” I almost always answer, “Great!”

I’m not great. My parents’s grief is so palpable, our house feels haunted. My younger sister Laura-Lynn is dealing with this from a distance because she lives in another city and that’s a whole other level of hurt. Her children, now in their 30s, are watching dementia happen to their mother.

Finding a community of hope, encouragement and love

TikTok isn’t just makeup tutorials and dances anymore. It’s disability, mental health, journeys like Kathy’s. Becoming connected to Canadian icons like Jann Arden, who regularly comments on Kathy’s posts. (Hi Jann.) Or Teepa Snow, who is a rock star within the dementia community for her compassionate, innovative approaches to care. (Hi Teepa.) Other accounts like welcome2dementia that courageously share their own lived experience.  (Hi Jana.)

This summer I was travelling to visit my children in Ontario. A TikTok friend offered to pick me up from the airport in Toronto, host me overnight and drive me to my son’s cottage the next morning, which was three hours away. (Hi Beth). During that visit, I met her beloved Aunt Lyn, who is also living with Alzheimer’s. Another TikTok friend whose hard hug unbreaks my heart, just a little.

The many friends who have crossed the online barrier into real life supportive circles. The thousands of followers who provide hope, encouragement and love on a daily basis. It has helped enormously.

In February, I suffered a grand mal seizure for the first time in my life while driving through a school zone. Laura-Lynn was in the passenger seat. She grabbed the wheel and saved lives. We both ended up in the ICU and I immediately lost my licence. In the following month, I suffered three more seizures. I, too, became untethered from reality. I was 61.

Our family made arrangements to have Kathy admitted to long-term care. I had promised Kathy this would never happen. I was devastated, but recognize I didn’t have a choice

So now, three days a week, I scoop Kathy up and bring her home for a long weekend. Those three days are three double shifts of intensity. Lots of joy and lots of grief.

Still, there are mornings when I wake up and forget this is happening. I will lie in bed and it will all rush in, as if my soul is being flooded with ice and mud. I wonder if this ever happens to Kathy.

To all the caregivers out there, this is my sad song to you.

Born and raised in Ottawa, Jean Collins moved to Vancouver Island in 2008 where she managed programs for adults with disabilities. She took an early retirement in 2018 to care for her sister, Kathy. Jean is a mother, grandmother, daughter and sister.

Do you have a strong opinion that could add insight, illuminate an issue in the news, or change how people think about an issue? We want to hear from you. Here’s how to pitch to us. 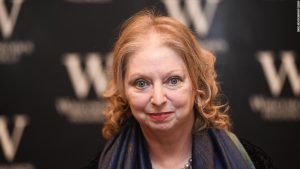 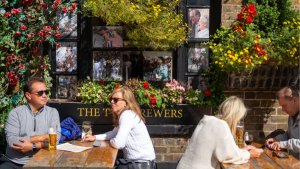 Investors rush to snap up shares ahead of Porsche IPO