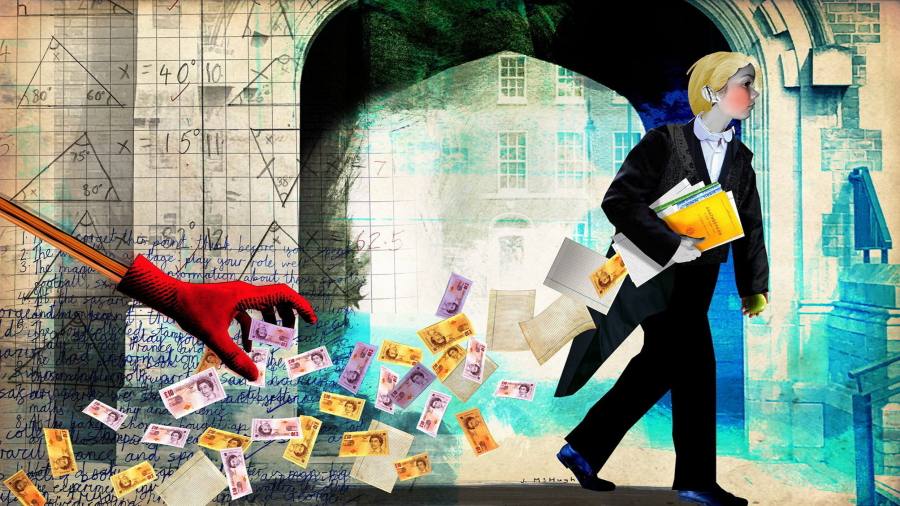 Private schools in England have a twofold problem: both parts explained by success. Thanks to the improvements in education overseen first by Tony Blair and then by David Cameron, state schools in England are much better. The vast majority are now ranked good or outstanding and, as a result, the days are well and truly behind us when the independent sector could survive and thrive by catering as the school of last resort to middle earners choosing to flee the failures of the state.

The English family that works all hours, takes no holidays and abstains from luxuries to send their children to private school does still exist, but in far smaller numbers than in the past. As a result in 1990, 474,203 pupils attended private schools. Before the pandemic, when the number of pupils in the UK as a whole was at a record high, private school attendance peaked at 537,315.

The second success that private schools are grappling with is their own: these institutions across the UK have made themselves the first choice for the global elite. Most are thriving businesses, several have global outposts and fee-paying schooling is now that rare thing: an export industry that has managed to not only survive Brexit but keep growing.

Now, some parents would dispute which one of those came first. Conservative MPs frequently tell me of complaints from doctors, provincial solicitors and other professions, often themselves privately educated, who find that they have been “priced out” by their old schools or by other local institutions that are instead now catering to the ultra rich. In the past 14 years alone, school fees have gone up by more than 1.5 times inflation, putting them out of reach for many private school alumni.

But heads privately argue that rising fees are a response to rather than the central cause of the exodus of middle earners. The emergence of state schools which are good enough to compete with the private sector, and of many dramatically overachieving state schools in London in particular, means that the only way to survive and thrive is if to appeal to the richest inhabitants of Dubai and Durban, rather than suburban professionals or the offspring of old boys and girls.

Regardless of the chronology, this phenomenon means that changing how private schools are taxed has now become good politics for the Labour party. The proposal would remove school fees’ VAT exemption, raising about £1.7bn, which Labour has earmarked to fund an increase in spending for state schools — and it ticks a lot of boxes for Labour. It allows Keir Starmer to give his left flank something to cheer about and his shadow chancellor, Rachel Reeves, something to demonstrate that the party’s plans are “fully costed”, a phrase that oppositions love to use to show seriousness.

The fact that chancellor Jeremy Hunt himself confirmed, while attacking it, that the change would raise £1.7bn gives a cross-party sheen to Labour’s claims it has a genuine revenue raiser. That Michael Gove, the levelling up secretary (and the man who is generally agreed to be the government’s most effective minister) called for the measure to be implemented as recently as 2017 is even more useful because it shows this issue will be a source of internal discomfort for the Conservatives.

The proposal also helps the Labour party with one of its most important aims: finding ways to drag down the Winchester-educated Rishi Sunak’s personal standing. At the moment, its new leader is one of the few good things going for the Tory party.

Nonetheless, the policy is not all good news for Labour. In office, the changes will be harder to implement than you might think: the tax exemptions that apply to private schools also apply to universities. Superficially and intuitively, the difference between a private school and a university feels obvious. But it is not obvious how to define, in legal terms, the distinction between these two providers of what is currently deemed the charitable purpose of education. One is a private entity that charges fees for teaching but which is regulated and inspected by the government, and the other is a private school. The question is already causing headaches for civil servants at the Department for Education, who are starting to wonder about what life would be like under a Labour government.

The other problem for Labour is that while there are a handful of policy tweaks that raise government revenue in the single billions and also command popular support, there aren’t an awful lot of them. If the Labour leadership wants to address even some of the mounting crises in schools, hospitals, the courts, the police, at the UK border, in social care and essentially in every part of the British state, any government it forms will have to raise taxes for most people.

The essential point is that everyone who matters in Labour remembers the party’s shock defeat in 1992 and worked for the general election effort in one guise or another during its unexpected rout in 2015. They want to avoid a repeat disaster this time by holding to a disciplined and clear position on what they would spend and who they would tax to pay for it.

But the party’s promises on public services can’t all be met through popular measures where the pain would be felt only by a gilded few. Provoking an argument about ending the tax breaks for private schools and the families that use them is popular and easy for Labour. But it has the potential to turn into a row about raising taxes more broadly — and that conversation might not play out as well for the opposition.

Why you should drink coffee with milk, according to scientists

Falling Used-Car Demand Puts Pressure on Carvana and Other Dealers