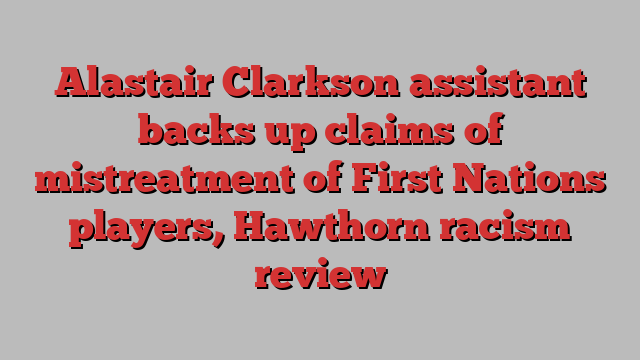 A﻿ former Hawthorn assistant who worked under Alastair Clarkson has reportedly backed up the historical allegations of mistreatment made by First Nations players.

According to The Age, the assistant backed up the claims made by the four indigenous families affected, but it is unclear which particular allegations have been corroborated.﻿

Wide World of Sports is not suggesting the assistant coach’s comments prove any of the allegations to be true.

News of the assistant’s involvement in the ongoing saga comes as the four families enlisted the help of high-profile lawyer ﻿Leon Zwier, who acted for Collingwood on its Do Better Report.

Zwier ﻿will represent the former players and their partners in the AFL’s investigation into the alleged mistreatment of the players.

Both Clarkson and Fagan have vehemently denied playing a part in any wrongdoing during their respective tenures at Hawthorn.

Clarkson and Fagan have both stood down from their roles at North Melbourne and Brisbane respectively to assist the AFL’s investigation.

﻿Former Hawthorn development coach Jason Burt, who was the third Hawks staffer named in the ABC report, has also stood down from his post at the Melbourne private school, Caulfield Grammar.

The biggest controversies in AFL history 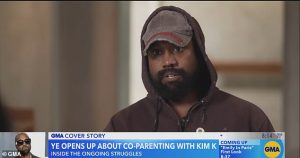 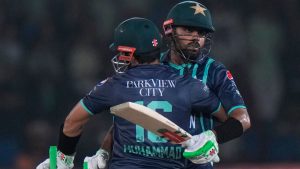 Next post Babar, Rizwan heroics in record stand give Pakistan victory over England I Recap