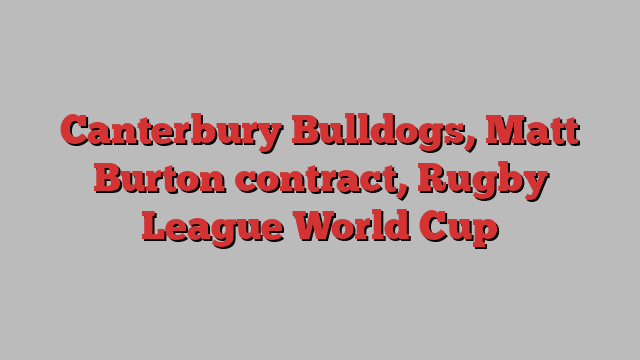 Bulldogs supporters have a reason to rejoice after prized playmaker Matt Burton made it clear that his preferred club for the long term was Canterbury.﻿

Burton’s incredible rise to State of Origin and Kangaroos honours has set him up for a considerable upgrade on his $500,000-a-year contract, with a four-year deal in the works.

When speaking to 9News before flying out with Australia for the World Cup, Burton said he “100 per cent” wanted to remain at the Bulldogs for the long run.﻿

“There’s obviously a lot of great juniors coming through and everything that’s happened this year with the club and for next year … it’s looking up,” Burton added.

But the securing of Cameron Ciraldo as coach, who Burton played under at the Panthers, the looming arrivals of Viliame Kikau and Reed Mahoney, and the progress made under interim coach﻿ Mick Potter, seem to have convinced the 22-year-old to remain in blue and white.

Burton is a member of the 24-man Kangaroos squad set to fly to England for the World Cup, which he struggles to believe.

“Even driving here this morning, and when I got the phone call, I was just thinking in my head,” Burton said.

“I couldn’t really believe it, I couldn’t put it into words.”﻿

﻿For a daily dose of the best of the breaking news and exclusive content from Wide World of Sports, subscribe to our newsletter by clicking here!

Rugby League World Cup stars who could have chosen Australia: The XVII that got away 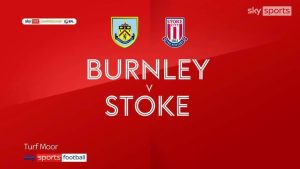