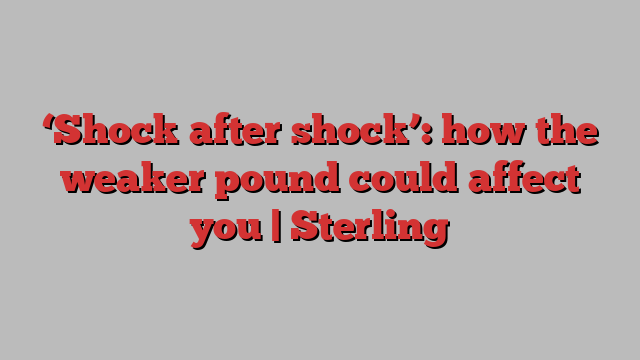 UK consumers are facing further price rises after the pound fell to an all-time low against the dollar, exacerbating the cost of living crisis. The value of the pound has plummeted following Kwasi Kwarteng’s mini-budget.

Weaker sterling means imported food, petrol, cars and consumer goods will be more expensive, as firms pass the price hikes on to consumers. It is will also drive up the cost of mortgages and foreign holidays.

UK supermarkets import around 40% of their food, according to the British Retail Consortium, so the pound’s drop in value means grocery prices are expected to rise, contributing further to the cost of living crisis.

Kris Hamer, director of insights at the BRC, said: “It is inevitable that unless these pressures ease, some of the costs will have to be passed on to consumers in the form of higher prices.”

Across the hospitality industry, bars, restaurants, importers and producers were having similar thoughts as they digested the impact on US and European imports. “It’s clear that anything that’s imported and paid for in dollars or euros has just got more expensive,” said Mourne Seafood’s owner, Bob McCoubrey.

However, there is much more at stake than whether Napa Valley zinfandel features on the wine list.

Miles Beale, chief executive of the Wine & Spirit Trade Association, said: “One-fifth of all bulk wine imported to the UK and bottled here is US wine. The sterling crash is set to raise prices for consumers and threaten hundreds of British jobs in bottling plants across the UK.”

Those who buy products from the US in order to sell them on can choose to stock something else, but some producers are facing much greater challenges.

Peterborough-based Oakham Ales prides itself on its Citra ale, made from the US hop with the same name. It has no option but to buy in dollars and now faces having to either pass on the cost to consumers – and risk them balking at the price – or absorb the pain and take a major financial hit.

Non-food retailers import more of their goods than supermarkets, meaning the price of clothes and other essential items are also likely to increase.

Weaker sterling could mean an extra £7.50 on the cost of filling up an average family car, according to the AA.

Wholesale oil markets are priced in dollars, which means that every barrel of oil gets more expensive for anyone buying in pounds, such as UK petrol stations.

Fuel prices have come down from a record high of 191.53p per litre on UK forecourts following Russia’s invasion of Ukraine, but the AA said the easing of wholesale prices is being partially wiped out by sterling’s nosedive.

The AA calculated that the likely impact on prices at the pump compared to 24 February, the last time Brent crude was below $90 a barrel. Sterling’s fall from $1.35 to $1.07 since then, they say, filters through to pump prices at more than 14p extra per litre, or £7.50 for a 55-litre tank, once VAT is factored in.

While major transport and logistics firms will have hedged their fuel costs, higher costs ultimately mean higher prices for all consumers.

Technology and manufacturing products that are imported from other countries are likely to be impacted by price rises. Goods made in the UK could also be affected if parts and machinery are imported from abroad.

The latest figures from the US government show that in 2019, the US exported $69.1bn worth of goods to the UK, the main categories being precious metal and stone, aircraft, mineral fuels and machinery.

Consumer electronics and manufacturing technology, such as factory equipment, are likely to be impacted, as those items are reliant on trade in US dollars, the Institute of Export and International Trade said.

Marco Forgione, director general at the IEIT, said: “The squeeze on the pound right now is likely to hit consumers hard as the cost of imported goods rises.”

The Bank of England is expected to raise interest rates further in response to the weakening pound, with financial markets on Monday forecasting that the base rate could almost treble to 6% next year.

The 2.2 million people on variable-rate mortgages will feel the impact immediately if interest rates continue to rise. People on fixed-rate mortgages will also be affected, as around half are due to expire in the next two years. Lenders including Virgin Money and Skipton Building Society temporarily withdrew mortgage deals for new customers on Monday due to the volatility in the financial markets.

Holidaymakers exchanging their sterling for dollars or euros will get less than they used to. For example, the Post Office is offering an exchange rate of 1.0247 for pounds to dollars, meaning you would get $410 for £400.

Other holiday destinations such as the Bahamas and Barbados also link their currencies to the dollar, so visitors to those countries will also be affected.

The weaker pound could also push up the prices of flights, as airlines have to pay more for fuel. 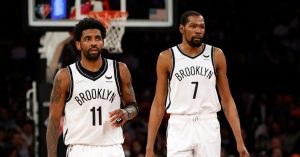 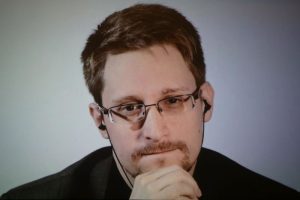 Who Is Isudan Gadhvi Wife? Married Life, Family, Kids And Net Worth