Re your article (Energy bills: why are so many smart meters in Britain turning ‘dumb’?, 4 June), I am the manager of a residential estate in the North Downs in Surrey, an area notorious for erratic mobile coverage. From the outset this was a recognised problem with smart meters; boosters were attached, to no avail.

As the first of the smart meters were being installed, to great fanfare from the government, the engineers knew a second generation of meters was already being rolled out because the first did not remain smart if the supplier was changed – something the public were unaware of, since they were being exhorted to do just that by the government.

Things have gone steadily downhill since then. Smart meters are an absolute scandal – millions were spent, yet the majority here are now useless. We have to read almost all of them and are frequently required to provide dated photographs for all phases plus the total, on each meter – sometimes four photos for each reading – since the power companies don’t trust customers to provide accurate readings.

Another example of taxpayers’ money wasted on a government fantasy, with unproven technology rolled out nationwide with an almost entirely negative result. The money would have been better spent continuing to employ meter readers instead of devolving this increasingly irksome task to customers.John CurtisKingswood, Surrey

I was so pleased to read your article on the problems with smart meters and note that it’s not just me suffering from this shambles. I eagerly await my fourth visit from British Gas to un-dumb my meters. At present my “in-house display” clocks my gas consumption at £47,662.06 per hour – this being an improvement on the £1.5m it reached last month, with my electric meter recording a tariff of 34.935p per kWh (my contract states it is 19.783p per kWh).

I have requested that my old meters be put back in, but am told that I would have to pay for both the meters and the installation.

As a final flourish of sheer incompetence, I have just received an email congratulating me on “choosing to go smart”. They have missed out the most important bullet point. The one that says “Doesn’t work”.Ray ChalkerLondon

Those who wrote to Guardian Money are lucky, as at least they can read a meter. After EDF pressured me into having one installed in April, my gas meter has just been blank, which is apparently because the meter is more than 10m from the electric meter and because one is on the front of the bungalow and the other on the side, and there is a wall between them. So why did EDF go ahead and install them, and how do I check that the figures they say I have used are correct?Andrew PearsonClehonger, Herefordshire 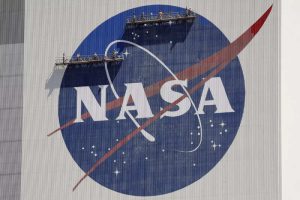 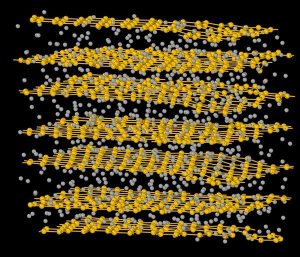 Next post Can we make graphite from coal? Researchers start by finding new carbon solid

Scammers took £30,000 of my wedding savings but Revolut won’t pay me back | Scams

‘I wanted my children to grow up here’: how Airbnb is ruining local communities in north Wales | Airbnb

CHRISTOPHER STEVENS: Digital gold rush and why it’s even easier to part a fool and his money