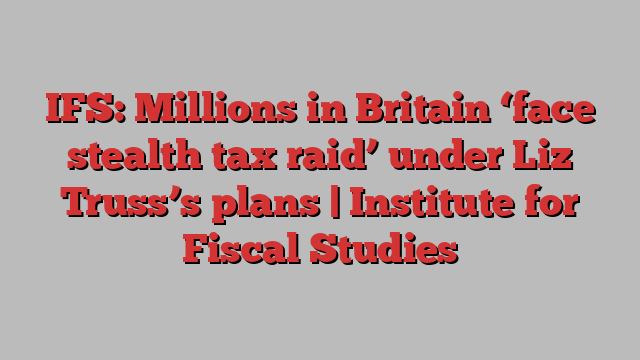 Millions of households are facing a “stealth” tax raid under Liz Truss’s government despite her promise to support workers through the cost-of-living crisis by lowering their tax bills, Britain’s leading economic thinktank said on Wednesday.

The Institute for Fiscal Studies (IFS) has calculated that for every £1 given to workers by cutting headline tax rates, £2 was being taken away through a freeze on the level at which people begin paying tax on their earnings.

When taken with plans for benefits, the IFS said the poorest in Britain would see their incomes hit hardest over the next three years. While the richest 10% of households will benefit by £2,290 a year on average from cuts to national insurance and income tax, the poorest will benefit by just £13.

Truss used her speech to the Conservative party conference in Birmingham on Wednesday to argue tax cuts could help to kickstart the economy after more than a decade of faltering growth.

Tax as a share of national income is approaching the highest levels in 70 years as public services come under growing demand from an ageing population, as well as weak economic growth – exacerbated by the Covid pandemic, Brexit and failure to make productivity gains since the 2008 financial crisis.

Promising a change of course under her leadership, the prime minister told party members: “We were told that we could nothing about it. I did not accept that things had to be this way.”

However, the IFS said attention-grabbing headline tax cuts would not offset other measures being used to bring in more revenue for the exchequer.

Under Truss’s plans, the national insurance rise introduced by Boris Johnson earlier this year will be reversed from next month, while the basic rate of income tax will be cut by 1p from the current level of 20p from April.

The prime minister has however ditched plans to scrap the 45p additional rate of income tax charged on the highest earners after a dramatic U-turn this week, after a meltdown in financial markets over the £45bn of unfunded tax changes promised in chancellor Kwasi Kwarteng’s mini-budget.

The IFS said that despite “very big” tax cuts putting “considerable strain” on the public finances, the changes still came in the midst of a four-year freeze on income tax thresholds that would wipe out the gains for households.

The freeze was introduced by Rishi Sunak while he was chancellor, but neither Truss nor her chancellor have suggested lifting it. Unless they change tack, and resume the normal annual increases, the level at which workers begin to pay income tax will not rise until 2025-26.

The IFS said soaring inflation meant millions more would be dragged into higher income tax brackets, with the policy now expected to be four times costlier for workers than when it was first announced.

According to the study, 1.4 million more adults will pay the basic rate, while 1.6 million would move into the higher-rate bracket. About three times as many will be in the additional-rate band, at about 760,000.

A freeze for the benefit cap – which sets a maximum for the amount of support some out-of-work families receive – will mean the number of affected households doubles to 250,000, while 500,000 more families will lose some or all of their child benefit entitlement.

“Giving with one hand and taking with the other in this way is opaque and stealthy,” said Thomas Wernham, a research economist at IFS.

“Freezes far more than outweigh headline policies such as the 1p cut to the basic rate of income tax, or the reversal of the health and social care levy, and they are set to drag millions more into the tax system and into higher rates of tax.”

An HM Treasury spokesperson said: “This government is committed to a high growth and low tax economy and helping people to keep more of their hard-earned money is a key priority, as seen by our commitments to cancel the rise in national insurance and reduce the basic rate of income tax. 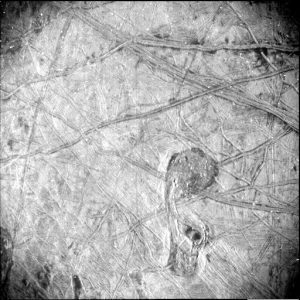 The fear of loss can cost investors big-time. Here’s how

Marten de Roon Net Worth: How Rich Is He? Age, Girlfriend & Family