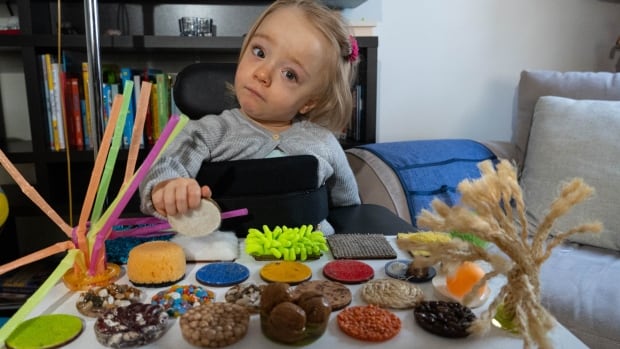 Anne Griffith says hours before her daughter Amelia had to be put into a medically assisted coma, she was well enough to go to daycare.

Her toddler had a cold and a stuffy nose the morning of Oct. 19, but no fever. But by the early afternoon, Griffith said, daycare workers were worried that Amelia — who was born partially paralyzed from the chest down — wasn’t breathing well.

Griffith packed all of Amelia’s supplies, including feeding equipment that connects to her stomach, and picked her up.

During the 30-minute drive to CHEO, eastern Ontario’s children’s hospital, Griffith kept glancing at her 22-month-old daughter, concerned she might stop breathing.

“She was so pale,” Griffith said. “And her lips were a very pale blue.”

It took just a few minutes for CHEO staff to see how dire Amelia’s situation was: her blood oxygen levels had plummeted and mucus was clogging her airways. The toddler was whisked away and, within an hour, intubated and placed in a medical coma.

Unlike so many young children in Canada testing positive for respiratory syncytial virus (RSV), influenza or COVID-19, Amelia simply had the common cold. She, in fact, had four strains of the cold virus, Griffith said, along with bacterial pneumonia and a blood infection stemming from a lung infection.

“She got them all at once, and it just did her in,” Griffith said.

Amelia stayed in hospital until Nov. 19, a full month after she was first admitted.

While she still suffers from congestion and coughing, she can now manage the symptoms at home with help from her parents and a full complement of free medical devices that now surround her small white crib.

The devices, which run tens of thousands of dollars, were provided for free to Amelia’s family through the Ontario Ventilator Equipment Pool.

As hospitals deal with record numbers of young patients with respiratory viruses, the lending program is one way the province is trying to get through the surge.

It enables some families to leave hospitals earlier, armed with their own breathing equipment, so that hospital beds can go to patients suffering more acute illnesses.

The provincially funded Kingston, Ont., depot manages some 16,000 pieces of equipment, mainly used by people with long-term physical disabilities or illnesses that require medical ventilation. It currently serves about 8,300 Ontarians.

Anne Griffith said her daughter Amelia —who was born partially paralyzed from the chest down — was at daycare when she started having breathing difficulties.

The nearly 30-year-old program has faced new demands during the pandemic and is struggling to keep up, said director Regina Pizzuti.

“We’ve seen a real increase in the number of devices being prescribed,” Pizzuti said.

The pool has received more than 180 requests for “cough assist” machines — which stimulate a natural cough — since April 2022. The depot has only been able to buy a dozen new machines, Pizzuti said, forcing them to deplete their reserves.

As soon as machines are sanitized and repaired, they’re out again to help patients, she said. Normally the pool tries to purchase new devices as requests come in so it can retain a stockpile, but Pizzuti said it’s having difficulty finding any.

The free equipment both improves quality of life for people, said Pizzuti, and frees up patient beds in health facilities. One study by the pool estimates cough assist machines alone can shorten a patient’s hospital stay by one to two days and lead to fewer doctor visits.

“We create capacity within the health-care system so that patients that require services of the ICU and are acutely ill have [beds available],” said Pizzuti.

CHEO’s director of integrated care delivery said the hospital strives to make sure patients have the resources and equipment they need to leave hospital as soon as it’s safe.

“We absolutely don’t want families to stay longer in hospital than necessary,” said Jennifer Proulx. “We really do want them to recover at home.”

While the vast majority of children with respiratory viruses get discharged without needing to bring home specialized equipment, Griffith is grateful her daughter has the support she needs to manage her symptoms.

Her daily routine now includes getting hooked up to a number of devices, including a mucus suction machine that goes in her nose, mouth and throat, a device to help her breathe at night, a device that monitors her blood oxygen and a cough assist machine.

Griffith hopes her daughter will be well enough to return to daycare Monday and is optimistic that, when the next virus strikes, they’ll be able to avoid another life-threatening situation.

“We were so happy,” she said. “The whole point of the equipment was to make sure she doesn’t come back into the hospital.” 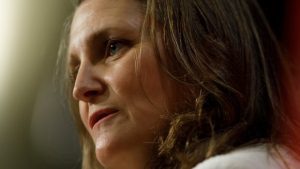 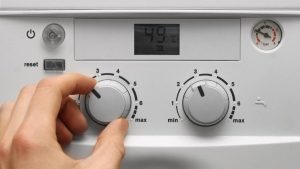