After a slowdown due to the COVID-19 pandemic, Sudbury’s film industry is starting to bounce back, said the city’s manager of tourism and culture.

Lara Fielding said the film industry has had a $200-million impact in the northern Ontario city so far this year, including $11 million in local spending.

“You know, it’s quite the impact that they make when they come into our community and really supports our local businesses.”

Before the pandemic, Fielding said Greater Sudbury hosted around 19 or 20 film and television productions per year.

So far this year, she said 12 productions have filmed in the city.

To take advantage of that momentum the city has hired a film officer to work closely with the industry and support productions by suggesting filming locations and building relationships to attract more projects to the city.

“The film industry is grateful to have the support and the guidance, and working with the film officer as well to liaison with the community,” Fielding said.

The film officer and the city’s business development officer were at the Toronto International Film Festival, along with representatives from five other municipalities, to promote northern Ontario as a film destination.

Fielding said Sudbury’s Cinéfest International Film Festival has also been an opportunity to connect with filmmakers and promote the regions.

Along with the networking opportunities, there have been pushes to build new film and television studios in the region.

One proposal is for a $36-million studio that would be built on a vacant piece of land off the Kingsway in Sudbury.

“Why can’t North Bay be the next film hub in the entertainment world?” North Star Studios president Mitch Ouimette asked. 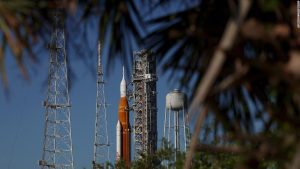 Previous post Next launch attempt of Artemis I set for Tuesday, but could delay due to tropical depression 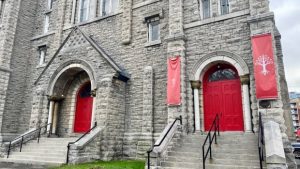