Cedric Morris was prolific both as an artist and as a gardener, painting as many flowers, landscapes and animals as he bred variations of irises in his garden at Suffolk’s Benton End. This is just as well, as Cedric Morrises are more in demand than ever. At Sotheby’s in June this year, a lot of six sold for large sums, with one, Still Life with Tiger Moth, going for £226,800, 10 times the asking price. “It shows how he’s really captured the imagination of the market,” says Frances Christie, head of modern and postwar British art at the auction house.

If Morris was appreciated in his lifetime, his reputation fell off somewhat after his death, aged 92, in 1982. The renaissance began somewhere between three of his paintings appearing in the sale of David Bowie’s estate in 2016 and the Garden Museum’s exhibition in 2018 – the first museum show of his work in more than 30 years – but it’s still ongoing. Earlier this year, the fashion label Erdem presented a menswear collection inspired by the artist’s work. “It was overlooked for so long, but I find it so compelling,” says designer Erdem Moralıoğlu. “I was particularly drawn to his palette, the vivid purples and yellows.”

Meanwhile Benton End itself is set to reopen as a cultural centre. A vast Tudor manor house with a delightfully untamed garden, it was the second home of the East Anglian School of Painting and Drawing, which Morris set up with his partner, fellow artist Lett Haines. Famous students included Lucian Freud and Maggi Hambling, but other pupils such as Joan Warburton or Lucy Harwood are also benefiting from rising prices.

“What people are responding to is not dissimilar to what happened to the Bloomsbury group at Charleston,” says Christie. The dealer Philip Mould, who has made Morris a speciality, sees the parallels as well. “A house in the rather remote folds of the English countryside, a place full of people and art and conversation…” (Also, sex: the curator Andrew Lambirth has noted that Morris and Lett Haines’s affair featured “energetic infidelities on both sides”.)

Morris’s achievement as an artist is now better understood. “He produced really profound paintings,” insists Mould. “He mixed his paints like he mixed his pollen.” What’s more, the aesthetic is “just sufficiently far away now to be honeyed by time. And it sells! Boy, it sells.”

At last summer’s Masterpiece art fair, a portrait by the artist was on sale at the Redfern Gallery’s booth for £500,000; a truly top-tier Morris might go for £750,000. Gallerist Richard Green, who first bought the artist in the late ’60s, now has three for sale. Inevitably, it’s two flower paintings – Morris’s most popular genre – that are available for £350,000 each, while a street view of Newlyn, Cornwall, is for sale for “just” £160,000.

Cedric Morris: A Life in Art and Plants by Janet Waymark

A Lesson in Art and Life:
The Colourful World of Cedric Morris and Arthur Lett-Haines by Hugh St Clair

“We’re at a point where the majority of us can’t afford a Cedric Morris,” says Jane Oakley, of Sworders Fine Art Auctioneers in Essex, “so you start looking around, thinking: ‘Well, what else is a bit like it?’” She says that Warburton and Harwood are the best bet. “Lucy Harwood in particular – it’s very reminiscent of Morris.”

Last year Sworders sold a Harwood for £7,500, which Oakley believes was a world record for her at auction. Next month, it will auction two more, with estimates between £500 and £800. Mould, meanwhile, has two Harwoods of landscapes – for £16,000 each. But then Oakley says that even a “rather fine” picture of flowers and irises by the little-known Eve Quinlan, who was briefly at the school, quadrupled its estimate of £400-£600, going for £1,600 last October. “That’s clearly the Morris effect.” 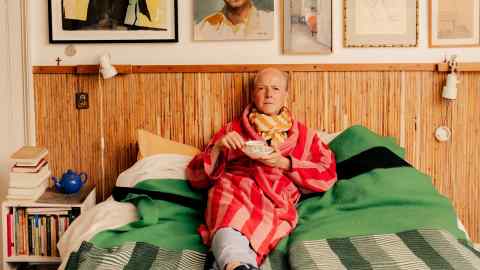 Brian Moore, head of knitwear & jersey for Dior Men, first came across Morris when he went to see the Bowie sale; a few years later, he bought a view of Lagos in the Algarve at auction. “I was lucky to get it at the lower end of the estimate,” he says, but now “it’s not as easy to find a bargain”. In the meantime, he has bought a “beautiful still-life sketch of roses in a mug” by Warburton, and “Harwood is the next I’m after”. He also reminds us there are other ways of buying Cedric Morris. “You can always buy a Benton End bearded iris, and have a small piece of him in your collection that way.” 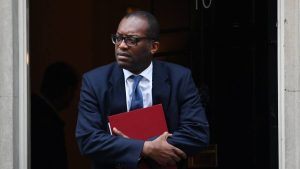 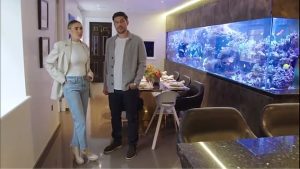