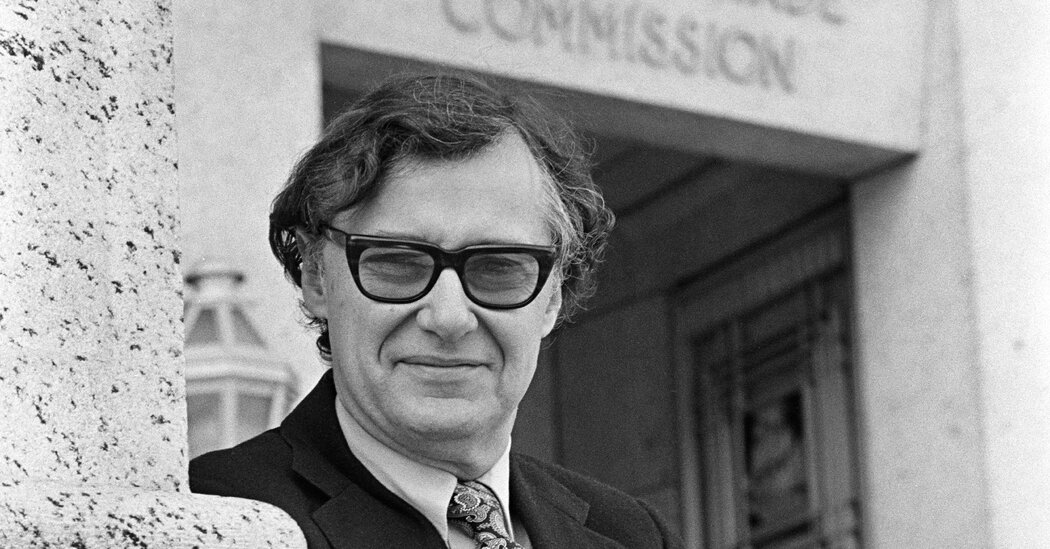 Emerging as the Senate’s leading staff expert on tobacco control legislation, Mr. Pertschuk was recruited by Senator Warren G. Magnuson, the Oregon Democrat who was chairman of the Commerce Committee. Mr. Pertschuk served as a counsel to the committee from 1964 to 1968 and as chief counsel and staff director from 1968 to 1977, when he was named chairman of the Federal Trade Commission.

He relinquished the chairmanship after Ronald Reagan was elected president in 1980 but remained a commissioner until 1984. During his tenure he forced the funeral industry to itemize its charges, but as the climate for regulation cooled, he failed in his effort to ban TV commercials aimed at marketing sugary foods to children.

On leaving office, Mr. Pertschuk blamed the Republican administration for fostering de-regulaton, he said, whose “extremism and ideological blindness led to a new era of regulatory nihilism and just plain nuttiness.”

In addition to his wife, he is survived by two children from his first marriage, Amy and Mark Pertschuk; a stepson, Daniel Sofaer; and three grandchildren.

He and his wife moved from Washington to Santa Fe in 2003.

Asked what motivated Mr. Pertschuk to embark on his consumer crusade, Joan Claybrook, who headed another of his progenies, the National Highway Traffic Safety Administration, during the Carter administration, said in a phone interview: “The facts. The more he learned, the more adamant he became. The more he learned about tobacco, the more outraged he became and the more determined he was to do something about it. And he was in a position of enormous power to do something about it.”

After leaving government, Mr. Pertschuk founded, with David Cohen, a former president of Common Cause, the Advocacy Institute, which trained social justice adherents in the United States and emerging democracies.

Premarket stocks: Here’s why you should always wait for the earnings call